When you are chased and hunted by ninety-nine other players with guns who want to eliminate you on the Fortnite island, a good pair of best Fortnite gaming headset can be the difference between victory royale and a random Fortnite player in rabbit costume teabagging you.

So we have made a list of Best Fortnite gaming headsets that constitute all these factors. Some of these are rather pricey while the others are pocket-friendly. There’s something for everyone from a simple headset with brilliant sound quality that you can wear even in formal settings to a headset which features RGB lightning which will label you as a gamer at a single glance.

Turtle Beach – Ear Force Elite 800X  is one of the best overall gaming headphones that seem to be fine-tuned especially for Fortnite and other shooter titles. It’s ‘Superhuman Hearing’ technology helps you to hear a minute and subtle yet game-changing details such as, as described by Turtle themselves, ‘like enemy footsteps sneaking up on your six, other players reloading their weapon for an ambush, and vehicles off in the distance approaching with reinforcements.’ 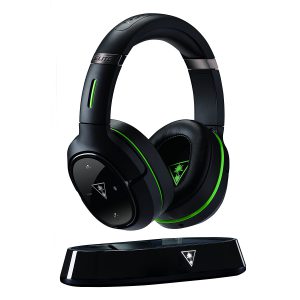 Superhuman hearing combined with an amazing surround sound technology gives you an edge over the other players. It is a wireless headset that also features active noise cancellation. You’ll never have to worry about any sort of wires with this headset as it also features a magnetic charging base, which will also add to the general aesthetic of your gaming station. It can be connected to any device with Bluetooth and also be used for other purposes such as music and calls. The only shortcoming of this headset is its substandard microphone. It’s not the worst headphone that you can get on a headset, but it does not justify the cost of this headset. And yes, this headset will be heavy on your pocket as it costs $260 but it is often on discounts.

The Sennheiser GSP 350 Gaming Headphones is one of the most comfortable headsets on the market, which carves its way into this list of the best gaming headsets as you can wear it for long hours at a stretch without ever feeling uncomfortable. Another main focus of this headset is the Noise-Cancelling Microphone which actively reduces the background noises and provides crystal-clear audio chat. These are your best gaming headset for Fortnite if you often find yourself playing with your friends or other players as a team. You can also consider it if you’re trying to break into streaming or recording your gameplay. 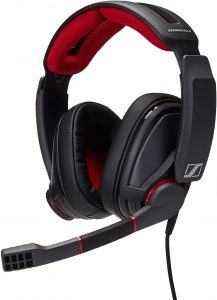 It features 7.1 Dolby Surround Sound which allows you to hear minute in-game details. Sennheiser headsets, including this model, feature a User-Friendly Software that allows you to adjust bass and other settings. It also features presets such as music, e-sports, and game. It won’t be quite heavy on your pocket either at it costs just about $92. The only downside of this headphone is that its cable or mic is not detachable, which is not a deal-breaker for most people, but it is an important factor that should be considered.

The Beyerdynamic DT 990 Pro is technically not a gaming headset due to the fact that it does not feature an edgy or ‘gamer’ design that looks like it came back from the future. This may be a turn-off for a few hardcore gamers but it can be seen as one of the headset’s pros rather than one of its cons. You can essentially wear the Beyerdynamic DT 990 Pro in office or other formal settings without looking like a lost time-traveler. 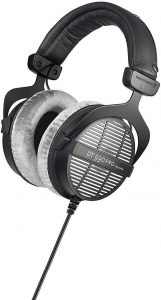 The Beyerdynamic DT 990 Pro is famous among music professionals because of its excellent sound quality. So you can use this pair of headsets for other purposes such as music or content consumption as well. They feature soft-touch materials that feel very comfortable on your head. Moreover, these are the very headphones that the famous Fortnite streamer Ninja uses. It will set you back about $149. The only downside of this headset is the utter lack of any sort of microphone. If you plan to play with your friends, you better get an external mic.

The HyperX Cloud Stinger Gaming Headset is the best budget gaming headset for Fortnite that you can get at the cost of around Rs. 4,000. Sure, you can get much cheaper fancy-schmancy gaming headsets for as low as $49, but those headsets are more or less just cosmetic. Those cheaper headsets don’t feature a fine surround sound system which enables you to hear the minute details such as footstep, ergo they don’t fulfill the basic requirement to be a gaming headset. However, the HyperX Cloud Stinger Gaming Headset features a surround sound system that allows you to hear the fine sounds that may very well mean the difference between victory and defeat. Sure, it’s not a Dolby 7.1 surround sound system that you can get on more expensive cousins of this headset, but it serves its duty as fine as you need it to be.

The HyperX Cloud Stinger Gaming Headset also features a few other cheeky features as well. For starters, it is feather-light at just 275 Grams which makes it comfortable and light to wear for long periods. It’s microphone also features the Swivel-to-Mute feature which will mute your mic when you swivel it up and put it back to normal when you bring it back down. Apparently, it also features the best in class noise cancellation.

If your pocket is too heavy and you need a gaming headset but will settle for nothing less than the best, then look no further than Nari Ultimate by Razer. It is, perhaps as the name suggests, the ultimate gaming headsets for Fortnite. It features Hypersense Technology, which as Razer puts it in words, ‘creates touch-sensory feedback for lifelike sensations based on audio cues either in-game.’ It also features THX Spatial Audio which is a 360-degree, best in class surround sound system. 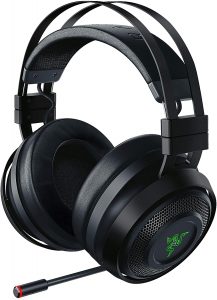 It is quite comfortable as well as it features cooling gel-infused cushions which basically cools down your ears all the while you are wearing the headphones. It also provides a comfortable fit. Then there is the retractable mic with noise cancellation functionality. Moreover, this is one of the few gaming headsets that take spectacled gamers into consideration with hidden indented eyewear channels so it does not feel uncomfortable when you’re wearing specs. It can be used a wireless pair of headsets or wired one with 3.5mm jack or USB

One feature that cannot be missed is the RGB lit Razer snake logo which is powered by Razer Chroma. It allows you to light up your headsets millions of colors with various effects such as spectrum cycling, wave, ripple, and fire among many others. If you want to be known, or rather labeled as a gamer at a single glance, then this is the headset you go for.

All of these features provide you with an edge over all the other ninety-nine players that jump on the island with you.

So that was our wrap up for the best Fortnite gaming headset. I hope you’ve found that headset which will lead you to Victory Royale.

£4.60
We will be happy to hear your thoughts

for you to receive the best deals online regularly 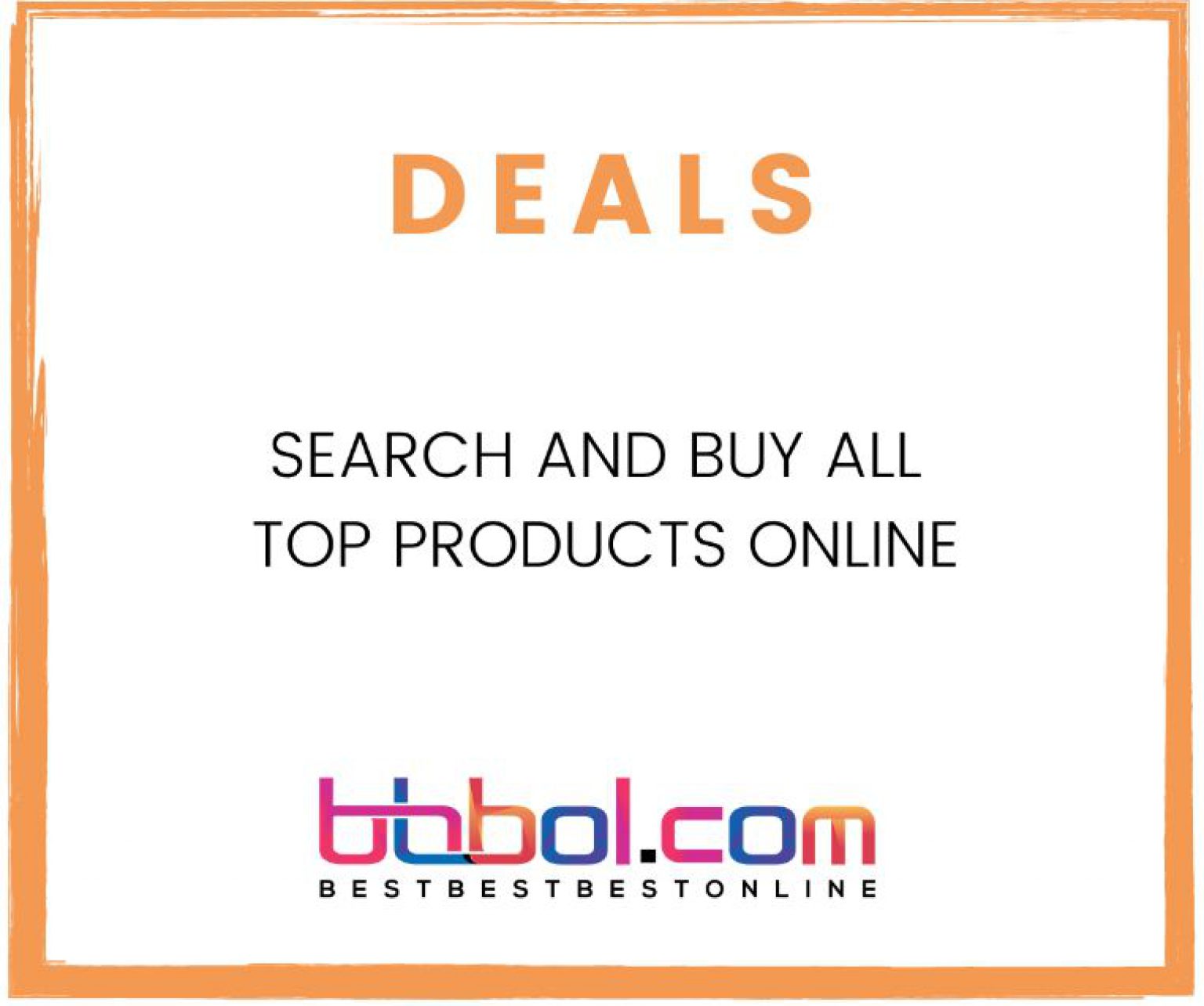 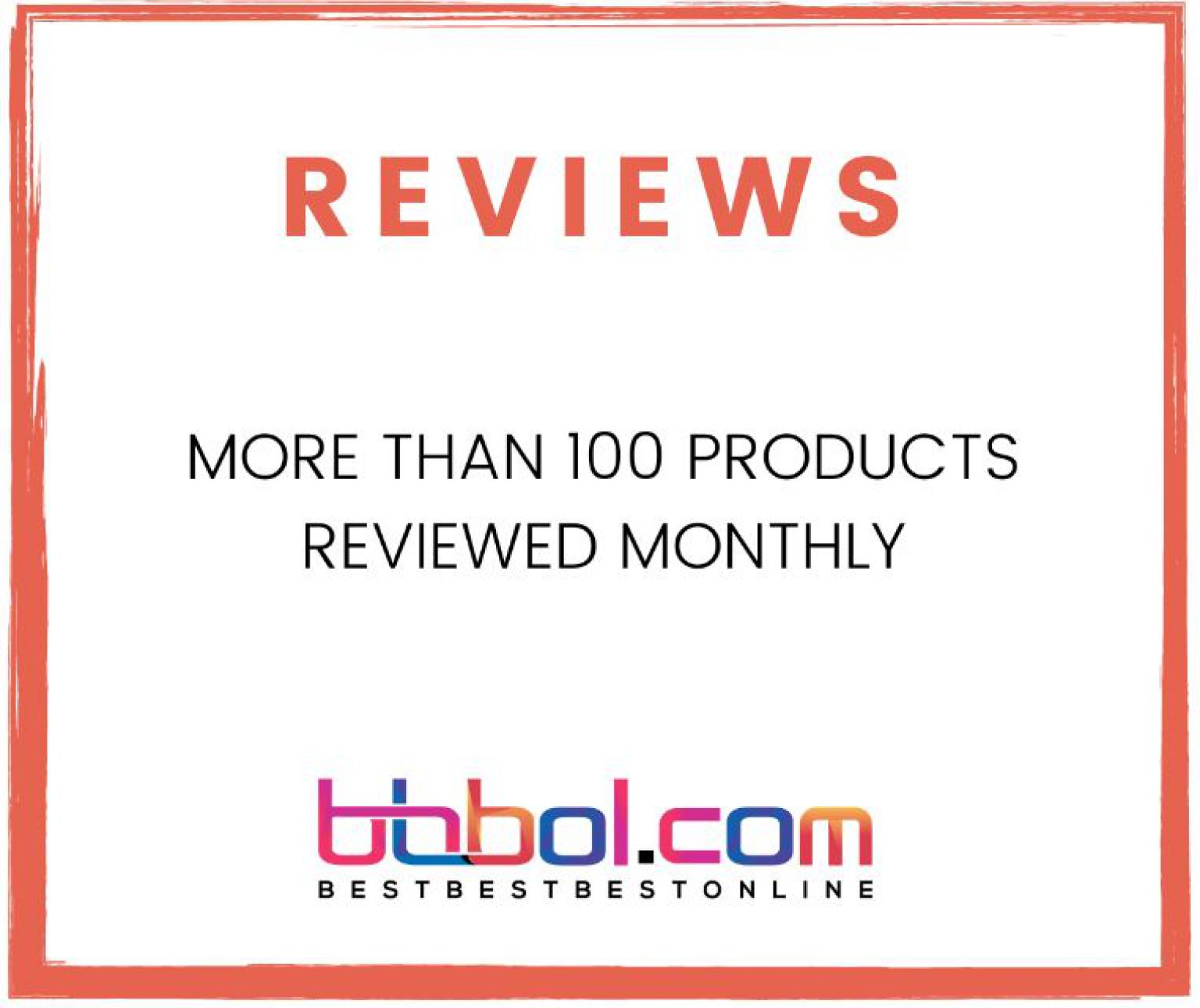 At Icci Rema Events and Marketing SL, we are committed to ensuring that you boycott all the unnecessary searches that open you to present-day disappointments on the internet by bringing all the verified and trusted sites under our auspicious wings.

You do not only get to click the right websites but you get to read pro reviews of about a whopping 100 products monthly.

for you to receive the best deals online regularly